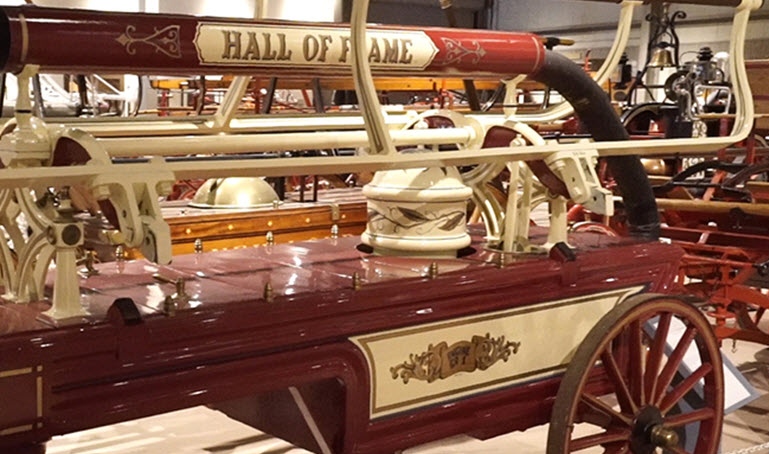 Mr. Getz began to collect fire apparatus after the Christmas 1955 present of a 1924 American LaFrance fire engine from his wife, Olive Atwater Getz.

The couple was fascinated by the rig, and Mr. Getz began to collect apparatus of all types from all over the world.

Upon Mr. Getz’ passing in 1992, Mr. Getz’ son Bert, and his two sons Bert Jr. and George continued to serve as members of the NHFF board of trustees, with George serving as President.